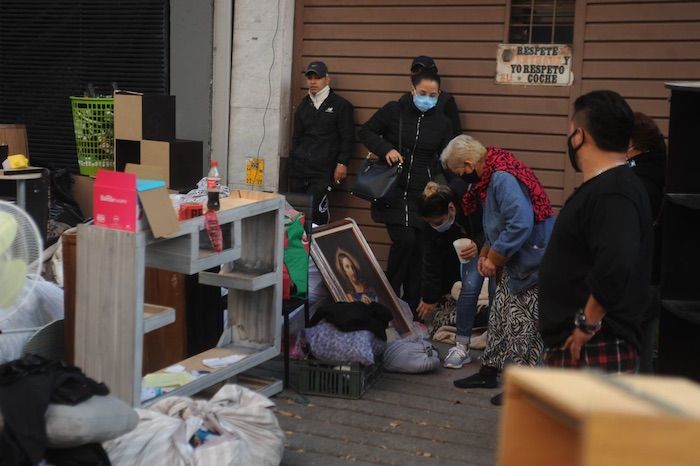 Aura is an elderly woman with health problems for which her treating doctors told her that she could not receive the COVID-19 vaccine. Having lost her source of income as a result of the pandemic, she fell into arrears and was unable to pay the rent for the house in which she lives with her daughter and a minor grandchild. Faced with the civil lawsuit that her landlords started to evict her, she filed an amparo lawsuit against various Mexico City authorities for failing to take measures to address the evictions caused by the pandemic. In the lawsuit, she also asked the court to preventively provide the landlords with a rental housing subsidy to prevent the situation from affecting them while Aura finds alternatives for shelter. As a precautionary measure, a federal court ordered that she be given government assistance to avoid affecting her rights to housing and health. Referring to the minor, she requested that the best interests of the child be safeguarded by creating the material conditions that will allow her to live fully.

The complaint was filed on 3 May this year and admitted on 23 August. The suspension demands that the complainant be integrated into social support programmes for vulnerable populations and that she be given assistance to safeguard her right to housing and health.

The case is accompanied by the Latin America Office of Habitat International Coalition together with lawyer Kalycho Escoffié Duarte, who recalled that since the beginning of the health contingency in 2020, the UN Special Rapporteur on the right to housing urged countries to establish moratoriums on evictions to safeguard the right to housing of people who rent or have a mortgage in addition to their right to health.

Dozens of countries have adopted measures of this nature, which, according to various research carried out by different universities, have been shown to have an impact on the rate of contagion and mortality. However, to date, the capital’s authorities have not adopted any measures to prevent evicted people from being exposed to the streets and the risk of contagion.

The lawsuit is being heard before the Tenth District Court on Administrative Matters in Mexico City.

Tags:
Enfants / Personnes âgées / Spoliation / Droit ESC / Expulsions forcées / Accompagnement des processus sociaux / Plaidoyer / Cadres légaux / Actions Urgentes
We use cookies on our website to give you the most relevant experience by remembering your preferences and repeat visits. By clicking “Accept All”, you consent to the use of ALL the cookies. However, you may visit "Cookie Settings" to provide a controlled consent.
Accept AllCookie Settings
Manage consent

This website uses cookies to improve your experience while you navigate through the website. Out of these, the cookies that are categorized as necessary are stored on your browser as they are essential for the working of basic functionalities of the website. We also use third-party cookies that help us analyze and understand how you use this website. These cookies will be stored in your browser only with your consent. You also have the option to opt-out of these cookies. But opting out of some of these cookies may affect your browsing experience.
SAVE & ACCEPT