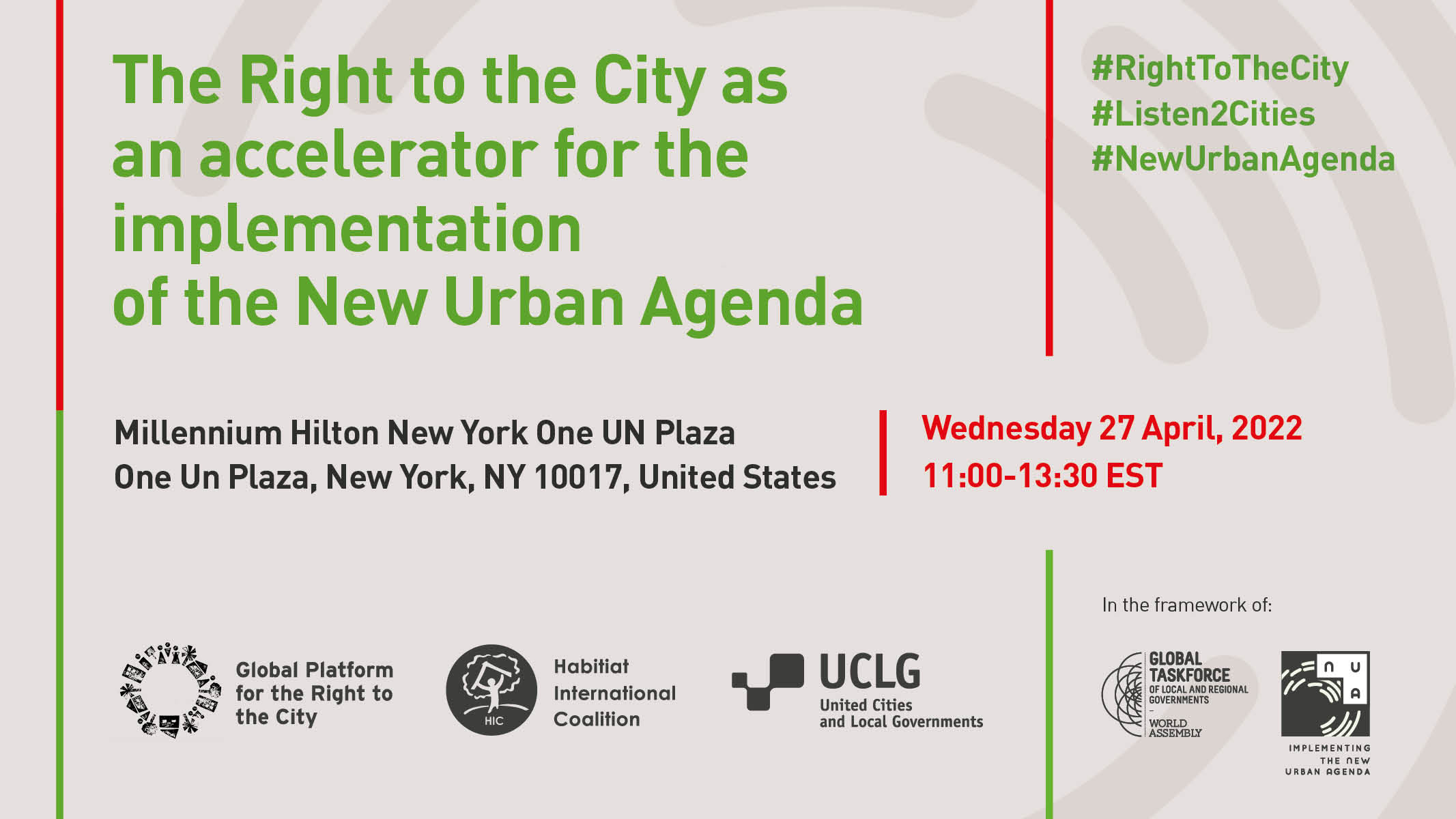 The UN New Urban Agenda (2016) is the first document of its kind to enshrine the Right to the City principles and proposals. To a large extent, it can be considered an achievement of the mobilization and coordination between civil society organizations and local governments. In this sense, both the final text and the process that made it possible (including preparatory events, declarations, policy papers and other inputs) are part of a very important legacy that should be valued and built upon.

Five years on, the relevance of the Right to the City is more evident than ever, particularly in light of the impacts and possibilities opened by the COVID-19 pandemic. This event seeks to facilitate a dialogue between key actors involved in the mobilization around the right to the city to discuss how joint strategies can be developed and strengthened. Analysis and debates are expected to address pressuring concerns of the present moment, marked by inertia around NUA implementation, setbacks in regulatory and institutional frameworks, and the convergence of the crises linked to the increasing socio-spatial inequalities, the financialization of key goods and services and the climate emergency.

Moderation: Nelson Saule Jr., Global Platform for the Right to the City