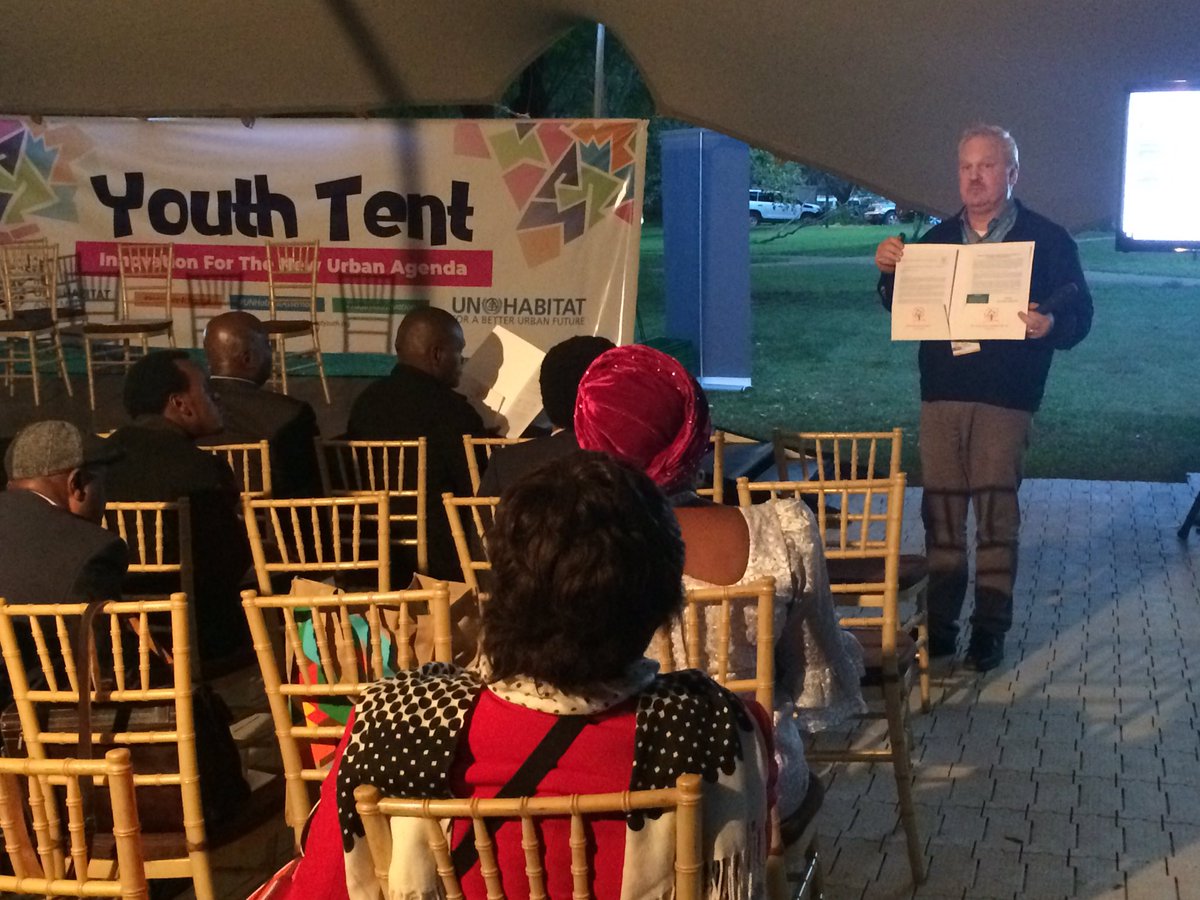 “Visions of
People-centered
Partnership”, side-event organized by HIC-HLRN at the First UN-Habitat Assembly
Since the UN Members States’ adoption of the “New Urban Agenda” as UN Habitat’s normative
framework in 2016 and the appointment of new leadership in 2017, the UN General Assembly
has called for a new system of UN Habitat governance. This included a promise of a new
Stakeholder Engagement Policy (SEP) that was supposed to be delivered in February 2019, in
order to allow for its review and consideration in advance of approval at the all-state UN Habitat
Assembly (UNHA) in 27–31 May 2019.
However, amid disagreements among the Conference of Permanent Members (CPR), UN Habitat
has produced no such policy document to date. That has created ambiguity as to what, when and
by whom the SEP will be decided. The next UNHA will meet only in 2023.
The HIC open letter to UN Habitat urges clarity and guidance for a rational and consultative
approach to stakeholder engagement. Some partners met in the Global Stakeholder Forum on
25–26 May 2019, while others (i.e., private sector partners) met separately on 26 May.
A specific HIC proposal calls for a Civil Society Mechanism to support policy processes based on
existing precedents within the UN system, notably building on the success of the Rome-based
agencies and Committee on World Food Security. Within the present opportunity, that would
ensure a distinct, self-organized and undiluted channel of substantive input and partnership,
unlike the existing platforms. The proposal rests also on an article of faith and living memory of
the time—23 years ago—when UN Habitat used to be a civic-engagement leader and innovator
among UN agencies.
HIC also has acknowledged that history in a graphic and narrative, presenting milestones of civic
participation in cooperation with UN Habitat. They present the notable ups and downs, but none
like the present ambiguity—and effective exclusion—until these questions can be resolved.
In addition to these inputs, HIC-HLRN has organized a side event to capture civil society visions of future
civic engagement with UN Habitat policy and implementation functions. The event took place in the
Youth Tent at the UNHA, on Monday, 27 May 2019, at 18:00–17:30.

Tags:
Droit au logement / Droit à la terre / Rapporteur Spécial Logement Convenable ONU / Plaidoyer
We use cookies on our website to give you the most relevant experience by remembering your preferences and repeat visits. By clicking “Accept All”, you consent to the use of ALL the cookies. However, you may visit "Cookie Settings" to provide a controlled consent.
Accept AllCookie Settings
Manage consent