Serious Threats Made Against Abahlali baseMjondolo 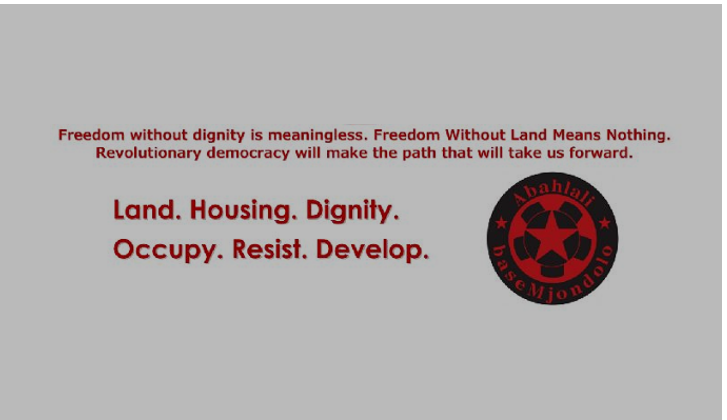 Abahlali baseMjondolo (AbM) is a democratic organisation, with tens of thousands of members. It is doing vital and courageous work in the interests of social justice. This grassroots movement of poor shack dwellers in South Africa advocates for the rights of people living in shacks including access to decent housing, services and education.

AbM group’s spokesperson, Thapelo Mohapi, said they were not surprised: “It’s not the first time it has been said that we are being controlled by a third force. It is actually undermining black people to say that they can’t question or create their own bodies. When you question authority, when you expose corruption and the way things are being done, then they say there is a third force.” This has all been reported in the Daily News. 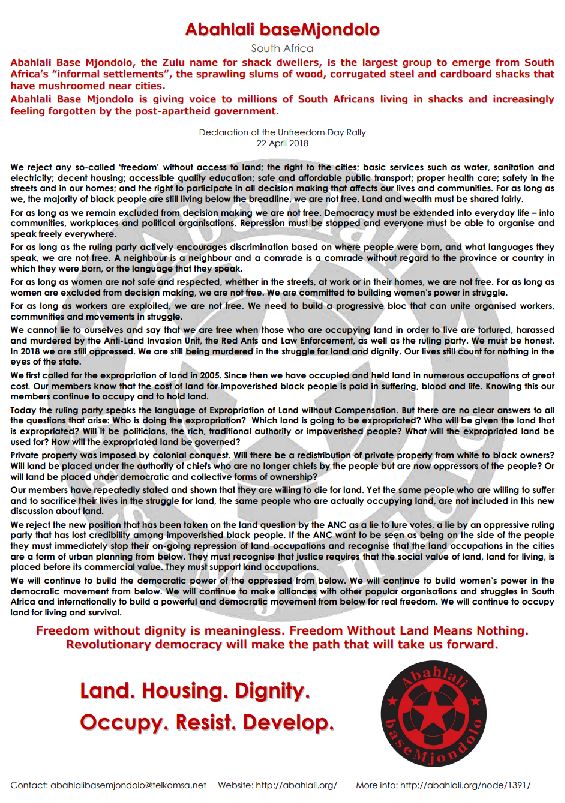 No evidence has ever been provided to support the claim that AbM are a front for the ‘Third Force’. However, this claim has constantly been used by the ANC. In 2005 S’bu Zikode wrote anarticleexplaining that the real ‘third force’ behind our decision to organise ourselves independently from the ANC, and to struggle for land, housing and dignity, was the oppression that we faced in our everyday lives.

International solidarity is vital to AbM members safety, it’s essential to give support during periods of repression. HIC condemns the persecution and assassination of Abahlali baseMjondolo members, grassroots movement in South Africa. We highlighted the persecution of its members during the High-Level Political Forum in New York with a

communiqué and displaying the following video.