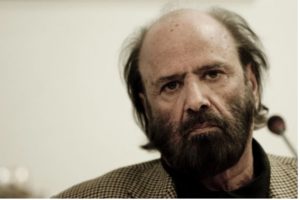 Kenya Human Rights Commission (KHRC) is a premier Non-Governmental Organization (NGO) established in April 1992 with a mandate of enhancing human rights-centred governance at all levels in the society. The KHRC is delighted to announce the appointment of Davinder Lamba as interim chair of the board. Davinder has been a member of the KHRC Board for many years and has an exemplary and distinguished record in the human rights and social justice movements at all levels.  Prof. Makau Mutua has stepped aside from the role of Chair of the Board to concentrate on the Azimio election campaign.

Once described as an “activist who bears scars of his battles like a badge of honour”[1], Davinder’s quest for justice stretches back to the early post-independence years making him one of the longest serving and most indefatigable activists in Kenya and beyond. It all began on February 25, 1969, when he was suspended from the University of Nairobi for organizing a protest against the cancellation of a public lecture by the doyen of the opposition politics in Kenya, Jaramogi Oginga Odinga.

The first Kenyan architecture student to pursue a master’s degree in environmental studies at the Toronto-based York University, Davinder has been the Executive Director of Mazingira Institute, one of the foremost and oldest civil society organizations (CSOs) established in 1978. During the pro-reforms struggles of the 1990s, Davinder was the Co-Convener of the National Convention Executive Council (NCEC). He has been the leader of the Operation Firimbi[2],  an initiative focused on “whistle blowing” or exposing and confronting corruption and other governance excesses.  He is also associated with many other progressive advocacy initiatives in the society.

[1] See Saturday Nation, “Activist who bears scars of his battles like badge of honour”, Saturday, December 21, 2013

[2] Firimbi is Kiswahili for a whistle.