Farewell letter from Blanca Hernández, Administrator of the HIC-AL Office

Blanca Hernández, Administrator of the HIC Regional Office in Latin America, asks us to circulate this message. After 25 years of work and efforts dedicated to HIC, Blanca says goodbye to the Members, Friends and Partners with a farewell letter which is included below. The HIC Secretariat thanks Blanca for going beyond her responsibilities in the regional office and with the Latin American Members and for supporting the global coordination of HIC. We will miss her human warmth and affection. 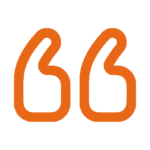 By December 31 of 2020, 25 years will have passed since my entry to Habitat International Coalition (HIC), also my last day of work.

First, I would like to express to my co-workers in Mexico and in the other offices of HIC, as well as to the people receiving this email, how grateful I am for so many shared experiences and lessons during this time.

In September of 1995 the General Secretariat of HIC had its offices in Mexico City. At that time, by competition means, I was hired as an Accountant by the Architect Enrique Ortiz who was, at that moment, the General Secretary. Among the few and oldest memories I have left, is the enormous quantity of newsletters sent, on those days by post mail, to an infinity of organizations around the world. I also remember that Enrique really liked the financial reports I presented to him, and how he started to take them joyfully to the annual assemblies. Few months later, it was hard for me, due to my lack of experience, to collaborate with the organization of who would assist to the parallel conferences of “Habitat II”, celebrated in Istanbul in 1996.

I have with me a beautiful remembrance of the transition of the General Secretariat to the Regional Office in Latin America, marked by the World Assembly of Inhabitants celebrated in 2000 in Mexico City. In 2003, I was appointed Administrator, and in 2004 I assumed the Legal Representation of HIC-AL. From there I experienced several internships and exchanges: all beautiful moments wrapped in a rainbow of topics and participants from different Mexican and foreign communities. I enjoyed for 16 years the exquisite presence of the presidencies of Enrique Ortiz and Lorena Zárate. I am especially grateful for having participated in 2016 in Quito, Ecuador at the Habitat III Conference.

My admiration is to all of you that, from different areas and perspectives, are doing a great job in fighting —especially during this devastating situation— decisively and with a critical spirit to confront a system that opposes to the well-being; to defend and rescue the common goods and the territory itself; and to guarantee the rights of all beings in this planet.

Thanks to these stages in HIC and today in HIC-AL, I have learned a lot. One of my learning has been to include fighting as a tool for social transformation in my life, to rescue my identity and enrich my values as the collective person I am today. In HIC-AL I learned the importance of bonding; we bond our unconformity, knowledge, as well as our working and fighting skills. I also learned that the acknowledgement and respect of social processes is of extreme importance to get closer to the vulnerable, the most excluded, and the ones who are still passive; so that together we can construct a much better world.

These 25 years of work have been an honor to me. I leave with the conviction that we will meet again in the same roads of this land where I will continue, but this time from another trench. For the transition with the new administration, I inform that I will be collaborating closely with her part time until March 31, my final departure.

Thank you for so much, Friends.