Over 180 Palestinian, Regional, and International Human Rights Coalitions, Organisations, and Individuals, including HIC Members and HIC-HLRN, call on the International Criminal Court : Time to Investigate Crimes in Palestine, Time for Justice 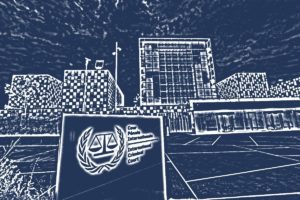 On 20 December 2019, following almost five years of preliminary examination, the Prosecutor of the International Criminal Court submitted to the Pre-Trial Chamber a request for a ruling on the Court’s territorial jurisdiction in Palestine indicating that “war crimes have been or are being committed in the West Bank, including East Jerusalem, and the Gaza Strip” and that she had “identified potential cases arising from the situation which would be admissible.” Further, the Prosecutor was satisfied that the Court’s territorial jurisdiction extended to the “Palestinian territory occupied by Israel” since June 1967, “namely the West Bank, including East Jerusalem, and Gaza.”

The undersigned 180 Palestinian, regional, and international coalitions, organisations, and individuals, led by and including Palestinian coalitions representing over 200 Palestinian civil society organisations, overwhelmingly support the Prosecutor’s findings submitted to the Pre-Trial Chamber. We urge that in light of the pervasive climate of impunity, which has prevailed for over five decades in the occupied Palestinian territory, that perpetrators of war crimes and crimes against humanity committed in Palestine must be held accountable at the International Criminal Court.

On 28 January 2020, the Pre-Trial Chamber invited amicus curiae submissions on the question of territorial jurisdiction to be submitted to the Court. This led to the submission of 43 amicus curiae briefs, comprising eight submissions from States parties, including the State of Palestine, and a further two from intergovernmental organisations. Of these, the League of Arab States, representing 22 States, and the Organization of Islamic Cooperation, representing some 57 States, all of which recognise the State of Palestine and its exclusive sovereignty, submitted in support of the Prosecutor’s findings. These States represent only a fraction of the 137 States that bilaterally recognise the State of Palestine.

Academics, bar associations, including the Palestinian Bar Association, and non-governmental organisations filed compelling amicus curiae submissions in support of the Prosecutor’s findings. Palestinian Professors Asem Khalil and Halla Shoaibi of Birzeit University in Palestine outlined how “sovereignty remains with the occupied State” and that any reliance on the Oslo Accords should be dismissed as a violation of the right of the Palestinian people to self-determination. Because the Oslo process “did not deal with the issue of international crimes, the Accords cannot be interpreted as having intended to prevent the State of Palestine from delegating jurisdiction over such crimes to an international court”.

Additionally, Palestinian lawyer and refugee, Mr. Ismail Ziada, of International-Lawyers.org, whose family home in the Al-Bureij refugee camp in the Gaza Strip was targeted in an Israeli military airstrike in 2014, killing six members of his family, supported the Prosecutor’s contention that the Oslo Accords cannot override the right to self-determination of the Palestinian people. Further, nine substantial submissions filed by Palestinian and international lawyers representing Palestinian victims, with many files representing hundreds of victims from the occupied West Bank, including East Jerusalem, the Gaza Strip, and the Palestinian diaspora, outlined how the State of Palestine has territorial jurisdiction over crimes, including the crime of persecution in the occupied Palestinian territory.

Palestinian human rights organisations Al-Haq, Al Dameer Association for Human Rights, the Palestinian Centre for Human Rights (PCHR), and Al Mezan Center for Human Rights, meanwhile, have urged an immediate and comprehensive criminal investigation to bring an end to the pervasive climate of impunity enjoyed by Israeli perpetrators of war crimes and crimes against humanity, and that an investigation by the International Criminal Court encompass all parts of the occupied Palestinian territory. Palestine has maintained its rightful sovereignty since the British Mandate period over territory beyond the Green Line and, therefore, any criminal investigation mounted by the Prosecutor must encompass at a minimum, the West Bank, including East Jerusalem, and the Gaza Strip, including its territorial waters and exclusive economic zone.

While the above described amici filings demonstrate concrete and emphatic support for the Prosecutor’s findings, we are cognizant of the fact that there is even broader and more widespread support from within Palestine, regionally, and internationally for an investigation by the International Criminal Court into war crimes and crimes against humanity committed in the occupied Palestinian territory, including crimes committed against civilian health workers, journalists,and children. Moreover, we are concerned that the amici input from European States in opposition to the Prosecutor, fails to represent the positions of civil society organisations from those countries, who have long supported the work of Palestinian civil society organisations in their pursuit of human rights, justice, the rule of law, and accountability at the International Criminal Court. Accordingly, we submit this letter for your consideration ahead of your 30 April 2020 filing to the Pre-Trial Chamber.