Indigenous People in Philippines under attack

On 30th December 2020 9 individuals of an indigenous community that is opposed to a dam project on Panay Island were apparently extrajudicially executed. 17 individuals were arrested and detained after having gone missing for 5 days. 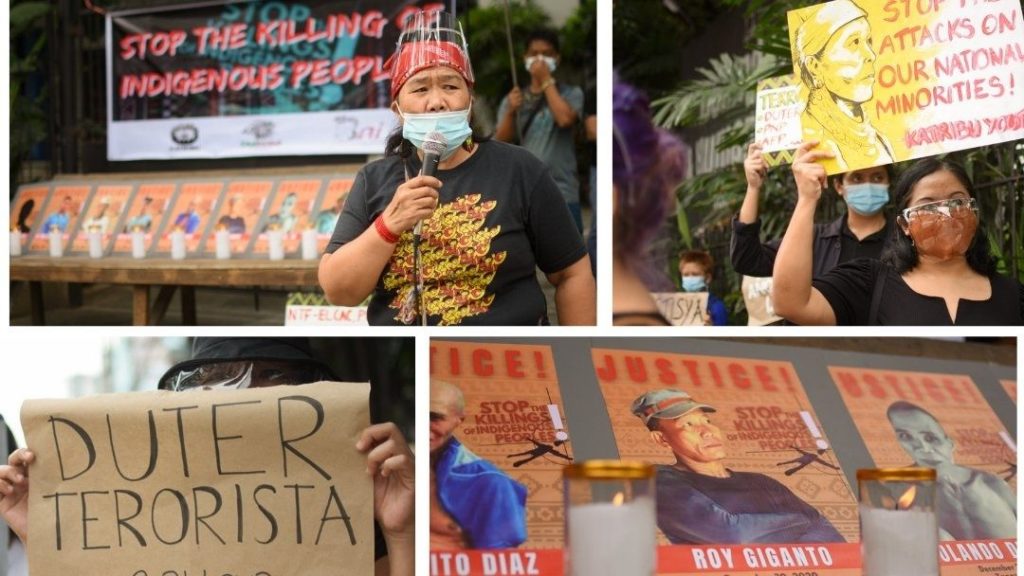 The victims were recognized community leaders in these Tumandok communities that have consistently opposed militarization and human rights violations in their localities. The Tumandok communities have advocated for the protection of their rights as an Indigenous People. For that reason, those communities have been red-tagged and accused by the military as members and supporters of the CPP-NPA (armed opposition group) because of active assertion of their rights.

The community leaders of Barangay Lahug and Tacayan sought the help of the Commission on Human Rights because their residents were being threatened by the Philippines Army and Philippines National Police (PNP) deployed in these areas.

The Tumandok is the largest ethnic group in the hinterlands of Panay. According to them, during the attacks cellular phones were confiscated to restrain people from taking photos and videos of the summary execution.

Seeking justice for the victims

Human Rights organisations stand in solidarity with the Tumanduk of Tapaz, Capiz and Calinog, Iloilo in condemning the incident and seeking justice for the victims.⁠