How do HIC Members and Allies learn cross-regionally to strengthen our collective advocacy muscles on feminist approaches to habitat? 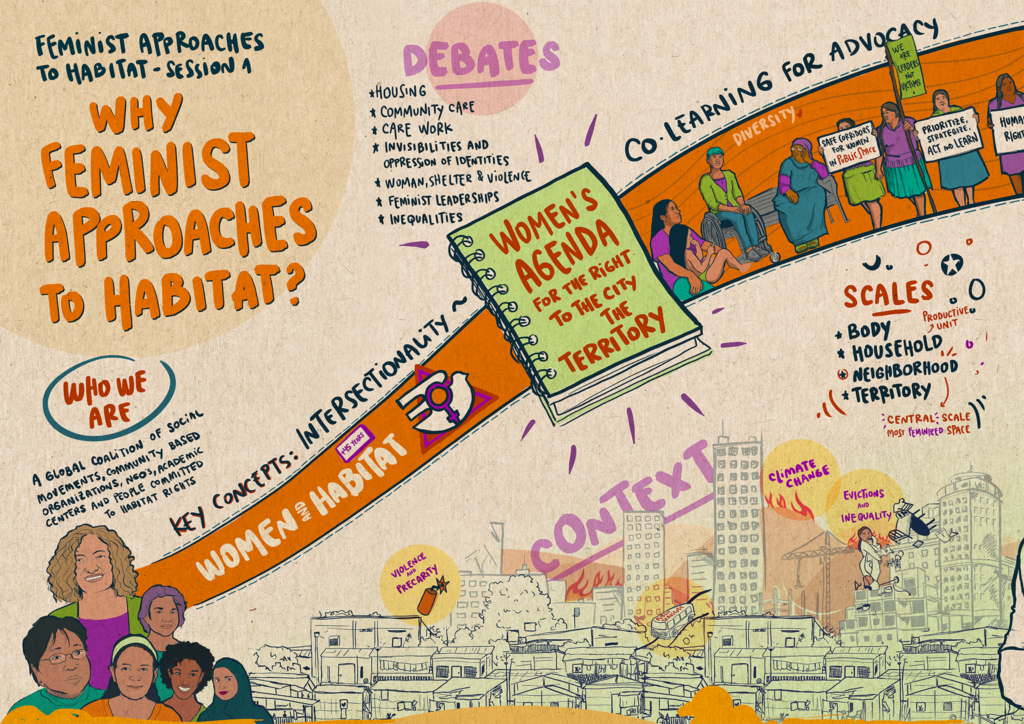 This question was at the heart of the first in a series of HIC co-learning spaces, which over six months brought together a team from the HIC GS and regional offices, the KNOW programme, and most importantly, a dedicated and experienced group of six facilitators from the Africa, MENA and Latin America regions: Marina Khamal (Social Democratic Forum, Yemen), Mara Nazar (CISCSA, Argentina), Andrea Casabuono (Habitar Argentina), Diana Wachira (Pamoja Trust, Kenya), Eliane Silvie Mfomou (CONGEH, Cameroon) and Hazem Abdallah (Dibeen Association for Environmental Development, Jordan).

Co-learning happened through a curated process of designing, planning and implementing a one-month virtual course on feminist approaches to habitat together; a challenging and rewarding process where everyone has been a learner, where everyone has contributed valuable skills, knowledges and experiences, and where weaving relationships between the supporting team, facilitators and participants has been core to the pedagogy and content of the developed course.

Over the month of February, 81 HIC Members, friends and allies engaged in 4 sessions in which we learnt together about the local, regional and global histories of feminist struggles, violences and inequalities, care and other works, and feminist advocacy strategies. The sessions were stimulated by 14 input presentations from seven countries, bringing key concepts and diverse experiences to the virtual space; they were supported by interpreters in Arabic, French, English and Spanish as well as an illustrator; and, at the core, were brought alive through the virtual discussions and contributions by participants and facilitators on zoom and in Google Classroom. Deeper reflections are emerging from this co-learning space as we consolidate its resources into podcasts and a website. For now, let us share two initial highlights.

To close with the feedback shared by one of the contributors, Luz Amparo Sánchez (Corporación Región)

I believe that the voices in dialogue from continents and territories that have been marginalised by Western academia, and the respectful and supportive role of professionals from HIC, is a political and epistemological contribution… It is as if the epistemology of the South that we have dreamed of, and even theorised about, were becoming a reality.

It is striking that a woman from Africa, dealing with such complex issues as discrimination against women and land dispossession in her country, asks about disability in Colombia, or that the trans activist perceives and stops at one point in her intervention to refer to language as a very strong issue that demands significant social efforts from both collectivities (people with disabilities and trans people).

Thanks to everyone for their contributions to this space. 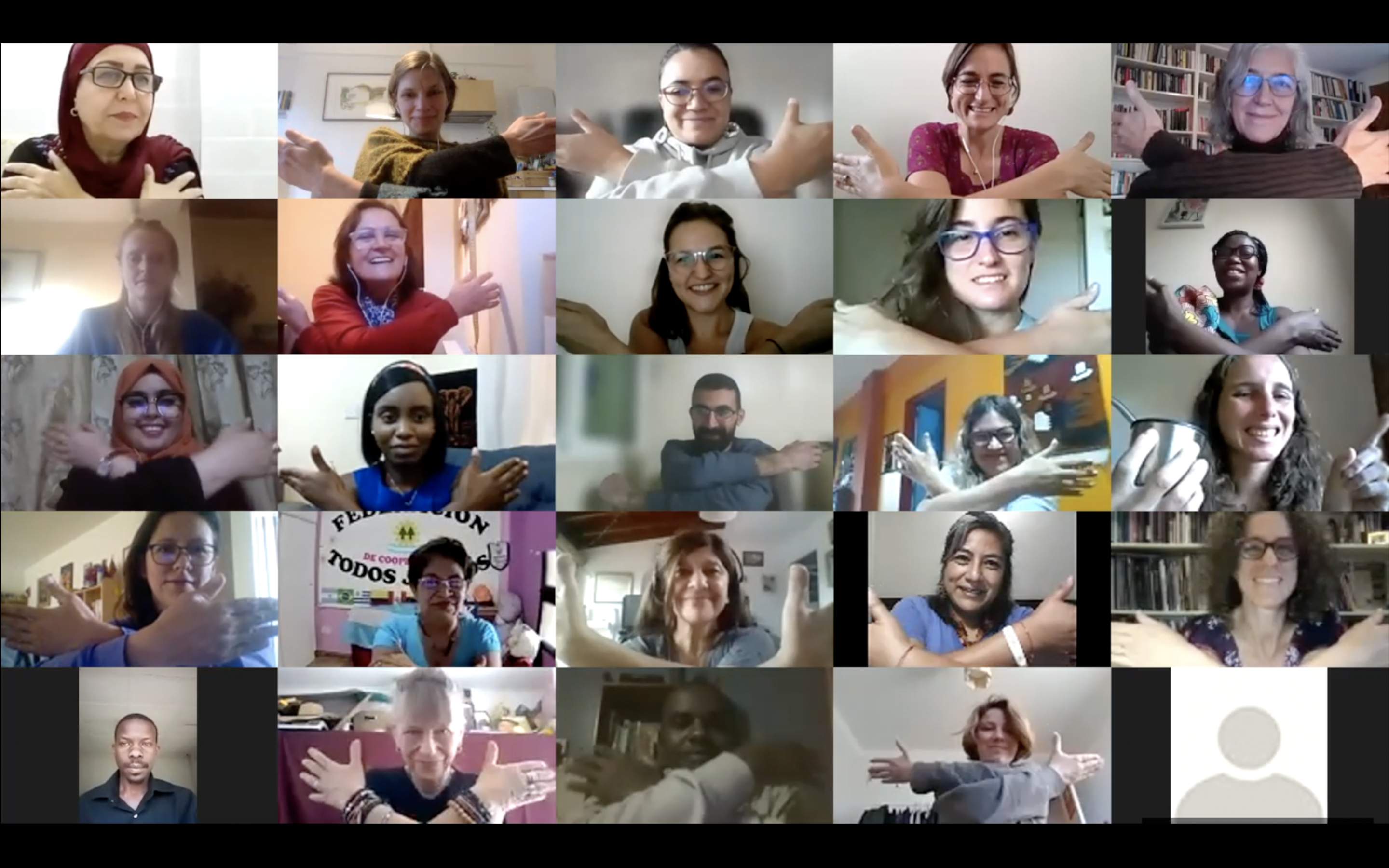 Tags:
Women / Collectivization / Communication and dissemination / Education and training / Grassroots initiatives
We use cookies on our website to give you the most relevant experience by remembering your preferences and repeat visits. By clicking “Accept All”, you consent to the use of ALL the cookies. However, you may visit "Cookie Settings" to provide a controlled consent.
Accept AllCookie Settings
Manage consent