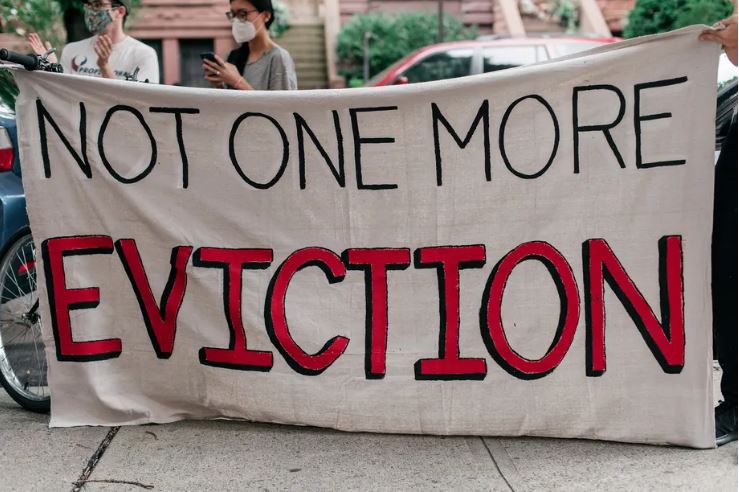 On the occasion of the G7 meeting for sustainable urban development in Potsdam on the 12th and 13th of September, tenant unions from around the globe demand the inclusion of urban society initiatives ++++ Local activists have neither been informed nor invited. +++++ “Measures like the planned socialization of large real estate companies in Berlin should be a central part of the strategy against the global housing crisis”.

On the occasion of the G7 meeting for sustainable urban development on September 13th and 14th, 2022 in Potsdam, initiatives of urban society from around the globe are calling on participating state ministers to take serious action on their own agenda of  “poverty reduction and social inclusion in cities”.

Urban Activists from the affected cities have united as none were invited nor informed of the G7 summit. The G7 advocates democracy, yet neglects to include the people who face the devastating effects of gentrification every day and have worked out strategies for their cities.

A summit which excludes organized representatives of urban society is a token event. If the international policy makers of the G7 were serious about democratic structures and transparency they would have invited urban activists and neighborhood initatives into their council. These local initatives have been mobilizing against gentrification and the sale of their cities for decades. They are the experts on social, sustainable urban development.

“The global housing crisis is caused by a largely unregulated, profit based real estate market. Policy makers, such as the G7, need to regulate these players and make sure there is access to affordable housing for all. Measures like the planned socialization of large real estate companies in Berlin should be a central part of the strategy against the global housing crisis”, Hilde Sommerzeit points out.

In September 2021, 59.1% of Berlin’s citizens voted in favour of the socialization of large real estate corporations. The German constitution allows expropriation as a measure to safeguard the interests of the general public. The legal basis for the socialization is currently being negotiated in Berlin.

Balakrishnan Rajagopal, UN Special Rapporteur on the Right to Housing has stressed the global dimension of the housing problem at this year’s socialization congress in Berlin: “The human right to housing must no longer be subordinated to the needs of the economy. We need a return to the values that are shared by the United Nations”.

The people in the cities need effective measures. A G7 meeting that does not challenge the economic mechanisms underlying the housing crisis remains a toothless tiger.

We, iniatives of the global tenant movement,call for the socialization of housing as a sustainable solution to the global housing crisis! Activists of all nations must join the ministers of state at the G7 summit to make the human right to housing a central part of their agenda.

Tags:
Property rights / Public-social housing / Social Function of Property / Social Production of Habitat / Accompanying social processes
We use cookies on our website to give you the most relevant experience by remembering your preferences and repeat visits. By clicking “Accept All”, you consent to the use of ALL the cookies. However, you may visit "Cookie Settings" to provide a controlled consent.
Accept AllCookie Settings
Manage consent